That was what I would tell anyone that even suggested I use safe lists, or viral mailers when I joined some affiliate program! Why you might ask? Just to increase website traffic.

It seems many programs that offer a chance to make money at home recommend safe lists. have you ever noticed that? 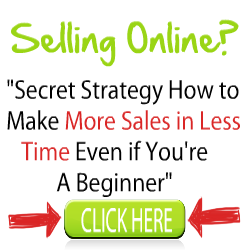 I tried several work at home, make money opportunity’s all with the same result. I got signups but very seldom did I even break even on the program I was promoting. To be honest here I blamed the safe lists, viral mailers, whatever people want to call them these days.

It wasn’t until I met a script writer that set me straight on this whole inter net marketing thing that I realized it was all my fault! Or at the very least my fault for listening to idiots that called themselves gurus. Especially the so called safe list gurus.

Knowing what I know now, I ask myself why does anyone listen to these fools? The reason is simple! We humans always want to believe that by being lazy we will get rich. The idea of gambling is based on our humans stupid thinking. Think about it. We go into a casino know the odds are against but yet we just throw the owner our money! Human nature!

I had totally quit safe lists. Making folders in gmail. Joining and rejoining safe lists every time I joined another affiliate program just to keep the so called integrity of the downline, that one is the stupidest teaching out there. Those that teach that have no clue on why building a downline is safe lists is an important part of using viral mailers.

Joining so many safe lists, viral mailers it drove a person to insanity. I mean really take a day away from your email accounts meant months of catching up. And for what? To get a few signups that never even spent a dime on the program. I mean my sponsor never even stuck with the program.

Well for 5 years or more I never even signed into my email account.

Anyway. I am trying to keep this short. It wasn’t until I met a mentor that showed me the errors of my ways. I mean I threw everything I had been taught at him and he kept saying “where would the money come from”?

When he finally got me to listen to ” If safe lists did not work, Then WHY are there so many, and Why have so many been around for so long?” They work if you work them right! That’s why?

In this series of posts I will do my best to get the message across to you that my mentor did to me.

The biggest reason most fail is TO MANY! That’s right TO MANY safe lists or viral mailers. There are thousands if not hundreds of thousands of safe lists and new safe lists popping up ever week. It is crazy out there.

I know that most only need as few as ten and at most 20 GOOD SAFE LISTS. The second biggest problem is finding those Good Ones. Even Safe List Genie has to many listed but as support manager I found out just because a safe list is not working for me that very same safe list may work great for somebody else’s program.

If you are looking for the ultimate way to manage any number of only quality safe lists I recommend Safe List Genie. I will always be testing and retesting safe lists to make sure they stay productive.

Just beware there are to many listed in the Safe List Genie as well, and we do our best to keep the list good for a variety of people. So test track and if any particular safe list is not working delete your membership, so the emails stop, and test another until you find the right number that matches your needs. ok?

Till the next post  about more: Tips To Increase Website Traffic Using Safe Lists and viral mailers.